About the Mac's Trust

The Mac’s Hart Trust is a charity registered in England and Wales. Its purpose is to support partnership pubs raising money for their chosen charities. We provide support by improving financial accountability and tracking and by enabling reporting of the charitable benefit to donors. We can also top up funds raised.

Partnership pubs proposing to raise money for charity have the opportunity to request support from the Mac’s Hart Trust. At this time they may nominate a charity to benefit from their fundraising efforts (restricted funds). There is no cost for this support either to the partnership pub or the money it raises.

The trustees will consider, pursuant to the Donation & Nomination Assessment Policy, whether to provide support, acknowledging whether the partnership pub has nominated restricted funds. The Trustees will also consider whether, and to what extent, Mac’s Hart will top up funds raised. If the Mac’s Hart is unable to provide support and/or topping up the partnership pubs can continue fund raising dealing directly with the relevant charities.

“Funds accepted for the Mac’s Hart’s chosen destination charity will be topped up by £2 for every £10 received.” 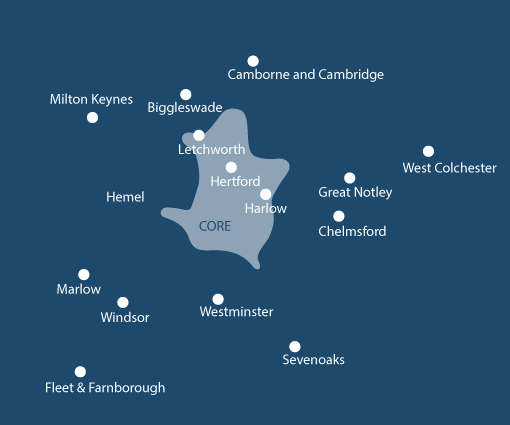 Administration expenses will, to the extent practicably possible, be borne directly by McMullen & Sons, Limited.

Where expenses, such as bank charges, have to be borne by the Macs Hart Trust, McMullen & Sons, Limited will put the charity in sufficient funds to cover these expenses. Therefore, any administration expenses shown in the accounts will be covered by funds expressly donated to the Charity for that purpose.

The Trustees of the Charity are:

Nigel is chairman of two charitable enterprises: the Estelle Trust and the Bana Tandizo Foundation which supports and develops community schools in Zambia. He has founded and managed several international publishing and educational companies.

Tom has worked on charitable programmes in both Africa and Asia and has experience in managing and benchmarking charitable outcomes. He also has over a decade of experience as a charity trustee.

Matt is a dedicated fund raiser having raised almost £18,000 various charities over the past 5 years, completing events such as the London to Paris cycle, the Geneva to Nice cycle and swimming the 5.25 mile Lake Coniston.

The Trustees will meet quarterly to approve the grant of funds. Funds originating from different sources destined for the same destination charity may be consolidated in order to encourage greater accountability and transparency from destination charities.

The administration of Macs Hart will be managed by the Trustees assisted by professionally qualified volunteers and, where necessary, professional advisors with cost covered by McMullen & Sons, Limited.

There are no employees of the Charity and no Trustee will benefit from the Charity.

The Macs Hart is committed to ensuring that donors have the highest level of confidence that funds have been applied for their restrictive purpose. The Partnership Pubs page allows donors to track their donated funds and the Charities page allows them to see a brief summary from the third party charity as to how the grant was employed.

The Macs Hart’s annual accounts will be published each year as soon as they become available.

The Macs Hart Trust believes in high levels of accountability for the use of charitable funds. It expects charities receiving grants to deliver this and this will be one of the consideration when the Trustees decide whether to accept funds and top up.